After a couple of months traveling throughout the Central American coast, documentary filmmaker JP Veillet ended up in Playa Gigante, Nicaragua. In this small fishing village known for its crazy surf breaks, JP quickly befriended two young local surfers, Kevin Cortez and Jackson Obando. While hanging out with Kevin, JP started to imagine what it would be like to see his new buddy — who had never left the sunny beaches of Nicaragua — surfing the icy cold waters of Tofino, BC. At its core, the documentary follows the journey of these two Nica boys surfing in cold waters for the first time and experiencing the culture shock that came with it. But it also takes a look at how far an individual will go for the love of sport. This is the story of how Frio was born.

The making of Frio was a labor of love and a collaboration by a team of people who are devoted to producing an exceptional story that has to be experienced.

Sequence Films consists of six key players and their two star surfers, Kevin and Jackson. At the helm is JP Veillet who is both the producer and director of the documentary and the man behind the idea. Making sure that the visuals were on point is an award winning cinematographer and photographer Bryan Wilkat. Next there is Marc Flynn who takes care of the marketing aspect of the project with his keen understanding of communication and public relations. In charge of post-production is editor Julien Gagnon. Also lending a hand during the production was Karine Maya Nadon, who served as assistant director. And finally, there is Alexander Quintin Brunet, who is a photographer and the social media manager. Most of these individuals are old friends, who came together and invested their own personal time — mainly without any compensation — because they believe in this ambitious project. Team Frio is lit and ready to show. 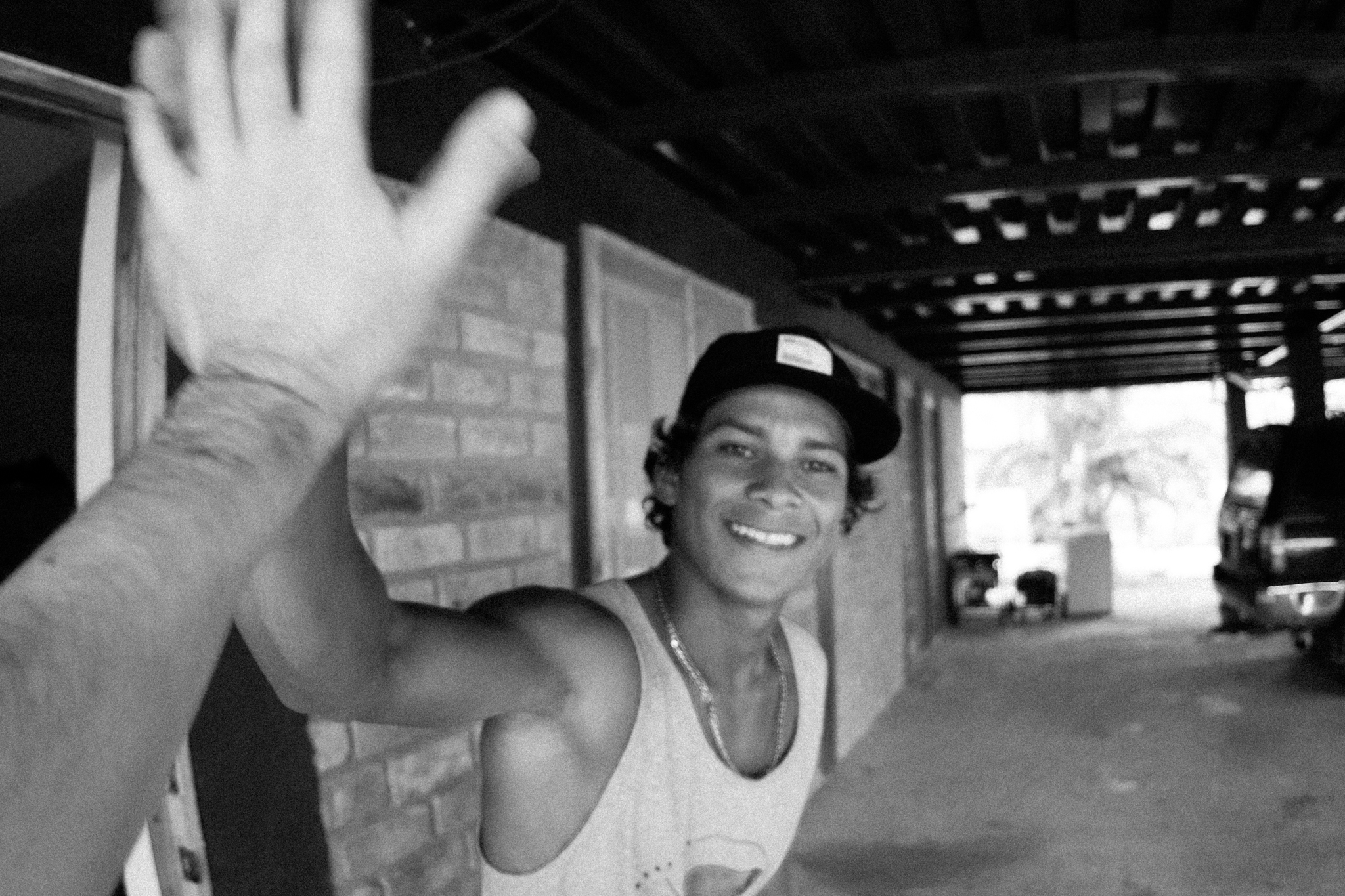 When JP arrived in Playa Gigante he kept hearing about this local surfer named Kevin. As luck would have it, one night while chilling with some locals he was introduced to the prodigy surfer. The more they hung out, the more JP realized that Kevin was in fact very talented and had a true passion for surfing. He also noticed that Kevin was genuinely a kind-hearted kid. While bonding over surfing, they talked about what it means to push personal boundaries and be outside one’s comfort zone. And how that translates in the big spectrum of surfing. That was the spark that started it all. On his next trip to Nica, Kevin introduced JP to his childhood friend and fellow surfer Jackson. At that moment JP knew he had found his stars.

Because they grew up on the beaches of Gigante, Kevin and Jackson learned how to surf together from a very young age. Kevin is more outgoing. While Jackson is a bit younger and more reserved. Two very different personalities unified by a tight brotherly bond and a fierce passion for surfing. 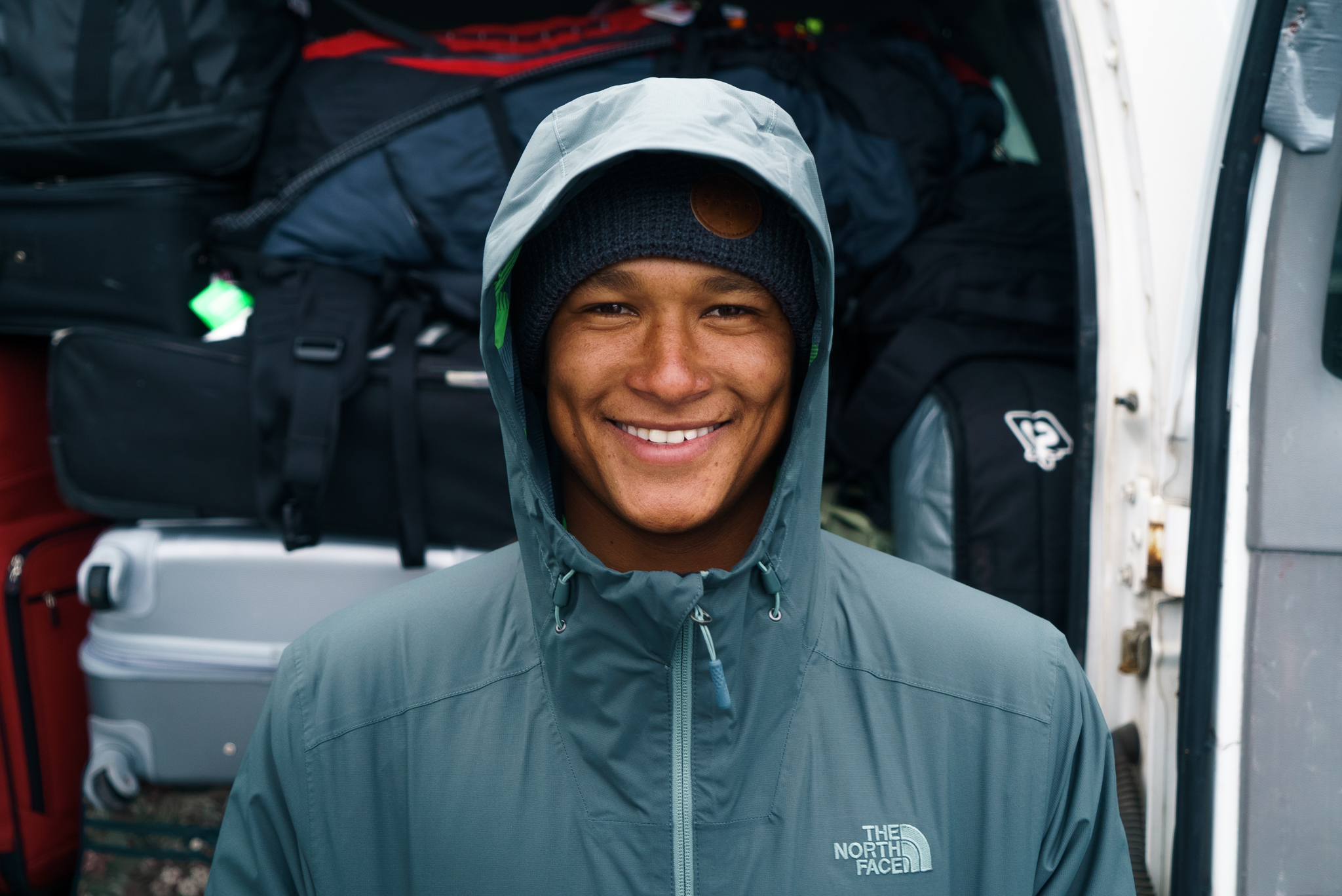 18, was born and raised on the beaches of Gigante. Being twice the Central American junior surfing Champion, Jackson is one of the most valuable team members of the National surfing team. He was recently honored by the Olympic Committee for best athlete in Nicaragua in the surfing category. He lives and breathes for surfing.

19, was born in Managua, Nicaragua and moved to Playa Gigante when he was still a little boy. His love for surf pushed him into becoming one of Nicaragua’s best up and coming surfer. He is also part of Nicaragua’s National surfing team. Being partly behind the original idea for this movie, his adventure will be an inspiring source of personal transcendence and unconditional love for surfing. 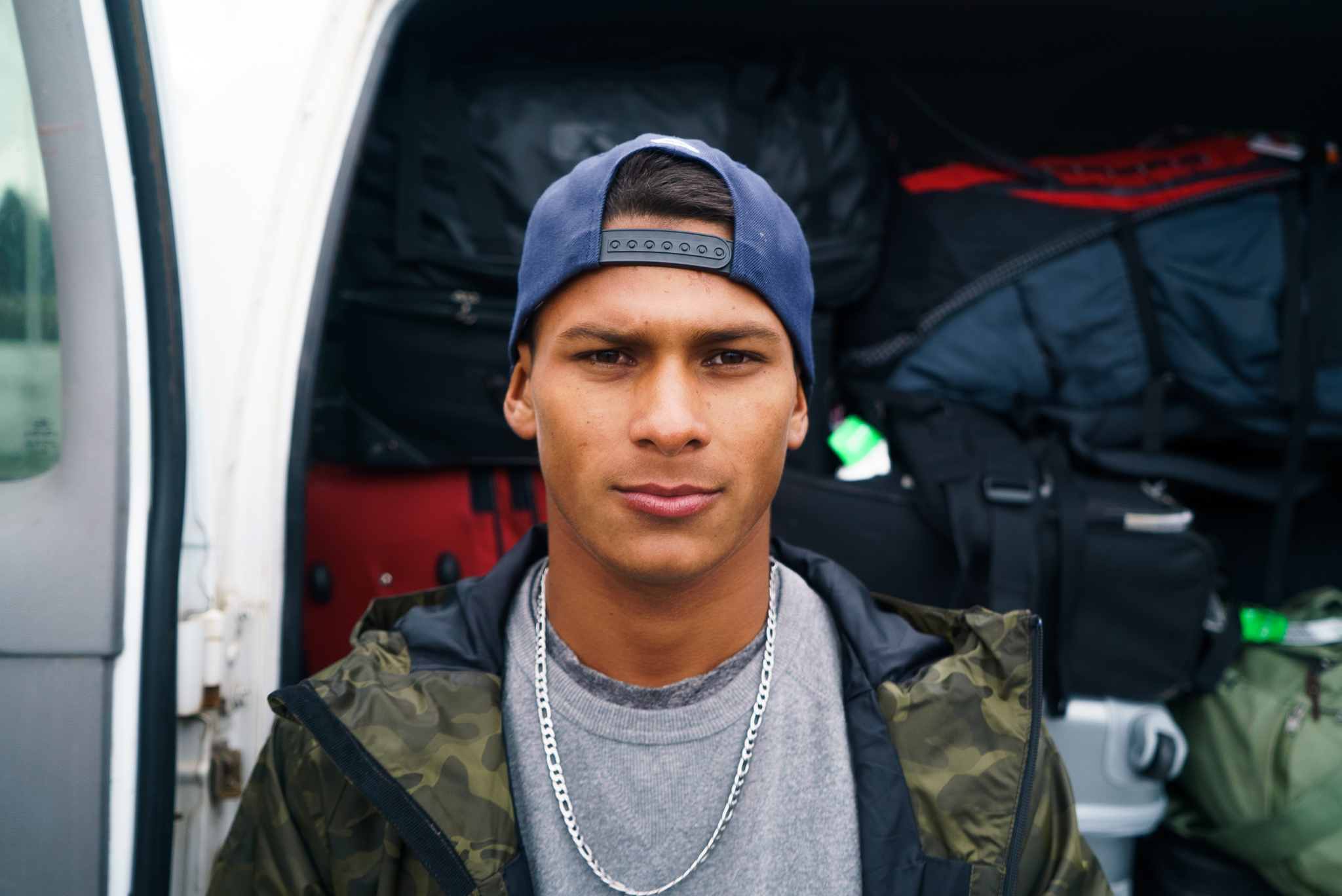 Getting the funding together for the documentary was an issue from the start. But after some brainstorming the team decided to do a Kickstarter campaign.

The campaign was shot in Nicaragua and a lot of hype was built around the boys surfing the cold waters of Tofino, BC. This got a lot of people and some companies interested in the project. The team also reached out to local hostels, production companies, surf shops in both Nica and BC. It was a sort of exchange of goods. Ultimately, though the success of the Kickstarter and the help that Frio got was because people were excited and really believed in the project. But funding wasn’t the only hurdle along the way.

It is very hard for Nicaraguans to leave their country. The visa application process can be long, tedious and an over-all pain in the butt. But luckily for team Frio a Montreal-based law firm fell in love with the project and offered their counsel pro-Bono. Thanks to the firm’s hard work the boys were able to get their visa. A small but dope success for the team!” 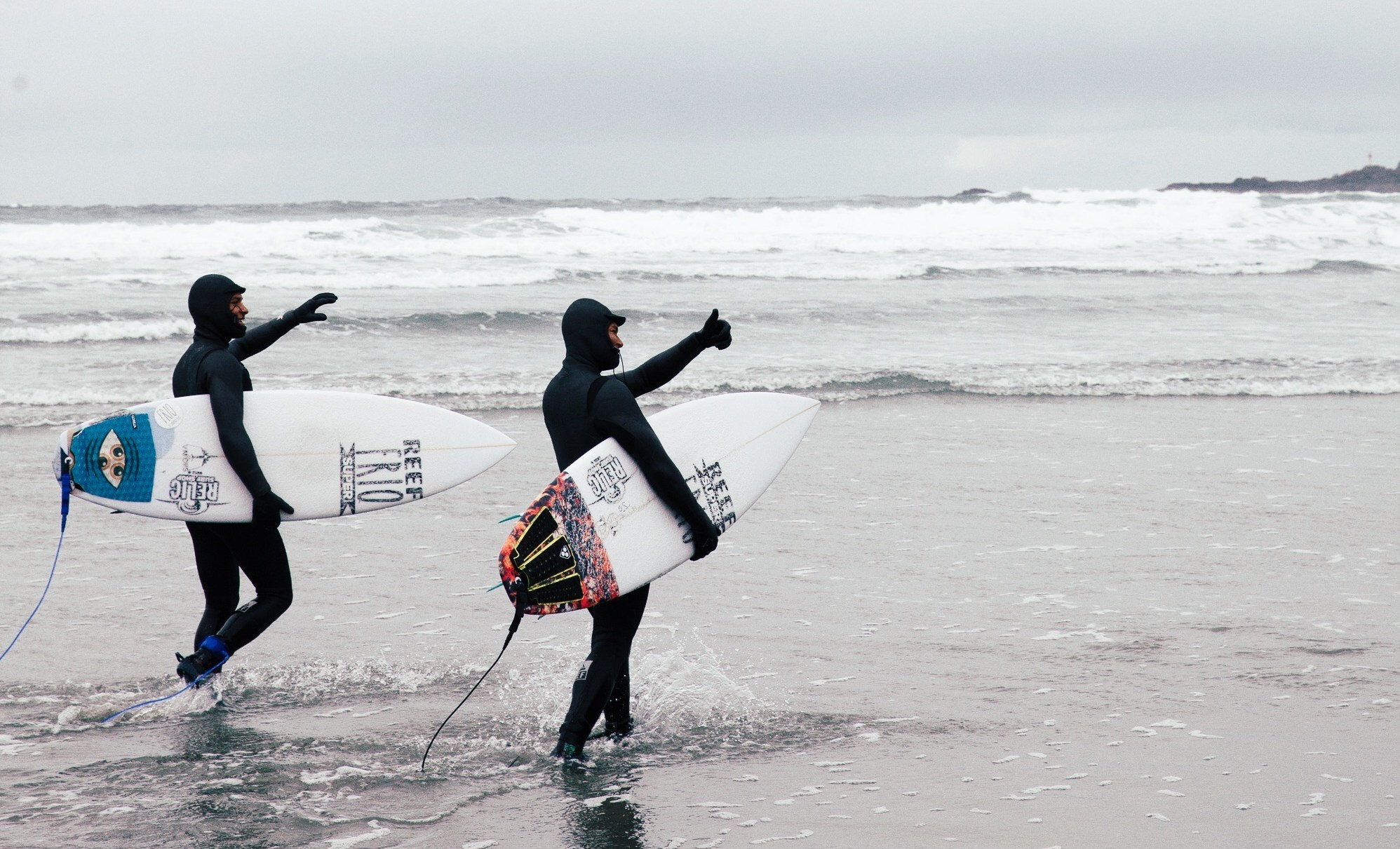 The language barrier was a bit of a challenge too. This was case when JP asked the guys to send him pictures of every single page of their passport. Jackson ended up sending him one picture, showing his passport from the side… All the pages on the one pic! ”

Another snag that the team encountered was the passport situation. That and of course the fact that Kevin and Jackson are on Nica Time. Similar to island time everything on Nica Time is done nice and slowww. At one point JP needed the boys passports to get the visa stamped on them and lets just say that those two passports ended up traveling more than Kevin and Jackson ever did! From Nica to San Diego to Montreal and then back to Nica. Chaotic to say the least.

When Kevin and Jackson arrived in BC, it was a whirlwind of firsts.Feeling the cold for the first time was an experience in and of itself.

The temperature during the production was cold and wet and the boys definitely felt it. They were glad and in awe to discover indoor heating and running hot water in the house that they were staying at. Walking through downtown for the first time, Jackson spotted a seagull and immediately freaked out! He had never seen that type of bird in his life before. In another funny instance, the guys had to hike through the woods and 20 minutes in Jackson couldn’t feel his feet anymore. Jackson told JP in a panic that he couldn’t feel his feet and that now they would have to cut them off! Because he had heard of frostbite of course. Kevin and the other guys joked around with him a bit and gave him heat packs. Another 20 minutes later and Jackson was good to go and so incredibly relieved that he would get to keep his feet. The team also notice that the boys really loved to eat. They each ate the equivalent of what three normal people would eat.

The team didn’t know how the guys would perform in the cold water but they were in for a hell of a surprise. On their first dip, they guys started ripping right away and they were freaking stoked! It was freaking incredible to see. Even though cold water had leaked into their wetsuits they kept on going. After that, it was a morning ritual of “I’m hungry and I want to go surf!” Kevin and Jackson really outperformed throughout the whole production. 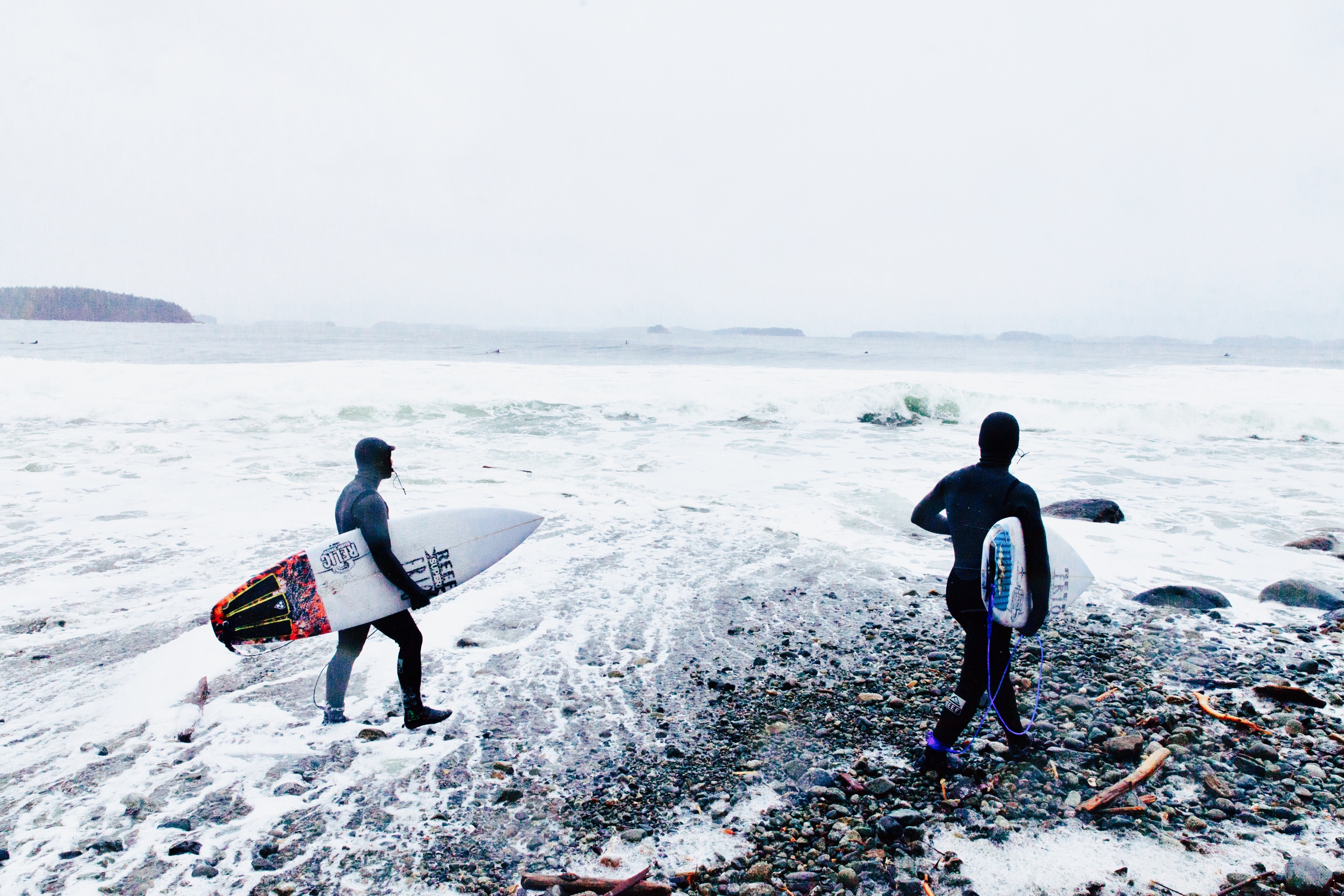 Frio was such an ambitious project for Sequence Films. There were many complications and difficulties along the way. But it was a project worth doing. Something the team really believed in and gave their 110% throughout the whole process. It was never a commercial movie. It was truly a labor of love from start to finish. All these different people came together and created something pretty damn special. And because of the hype it created, it opened doors for Kevin and Jackson. Playa Gigante is such a small and poor community that just the exposure, that Frio will bring will be beneficial. The surf community in both Nica and Tofino were super supportive every step of the way. Surfing is a lifestyle. The future for Sequence Films is bright right now. After the release of the documentary, the team will be gearing up for their next project. So keep your eyes open for what is to come!